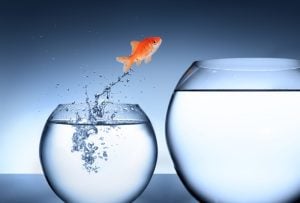 The issue of ambition in women’s careers

Welcome to the first in a series of three articles as we lead up to International Women’s Day on the 8th March 2017, in which we consider the issue of ambition for women. Ambition still seems to be an obstacle for some women when developing their careers. Women’s presence on the Board has been proved to add competitive advantage to an organisation. Despite there being roughly the same numbers of women and men in the workforce, there is still an unbalanced ratio in favour of men in more senior leadership roles. In the last two decades, many employers have shown enthusiastic commitment to gender diversity and women have made enormous strides in being able to compete on the same playing field as men at work, so what is going on?

Some women appear to be held back in their careers by having lower ambitions and expectations than their male counterparts. This impedes their career progress and is manifested in women displaying less career direction and behaviours such as not applying for roles if they don’t meet all the requirements. Something a lot of men wouldn’t worry about! This coupled with issues such as caring demands or competing with friends or partners in their careers, can detract some women from being interested in a more traditional, vertical career path.

However, this latter aspect is not only a female issue, with many men being more family focussed than ever before and the workplace no longer offering a ‘career for life’. Both men and women have to adopt a more flexible mind-set about how they climb the career ladder to thrive post millennium. However, more women seem to have issues around ambition than men, so what is causing this?

How do women view ambition and power?

Men tend to be motivated more by titles, positions and results, whereas women appreciate being recognised and valued for performance and input. This sounds like over the top stereotyping, but there is some truth in it.

Anne-Marie Slaughter in Unfinished Business suggests women view power differently, more at a centre of a web than at the top of a hierarchy and this influences the way they often have more of a more defuse impact than a man and they don’t go for the most senior roles. The work of Gino, Ashley Wilmuth and Wood Brooks reinforces this, they found that women perceive power as less desirable and are less likely to take advantage of opportunities for professional advancement. When men and women are faced with the possibility of receiving a promotion or obtaining a high-power position, both sexes anticipate similar levels of positive outcomes (e.g. prestige and money) but women will anticipate more negative outcomes such as conflict and trade-offs. Perhaps women are more realistic when reviewing their next job move?

Kevin Roberts, Saatchi & Saatchi’s Executive Chairman in 2016 had to take a leave of absence after declaring that women don’t want vertical power. “Their ambition is not a vertical ambition, it’s this intrinsic circular ambition to be happy.” Robert’s comment although crude, was alluding to women being less focussed on chasing the next role or rung on the career ladder, but to having a lens on their career and seeing opportunities that arise in any direction. It is a more holistic type of ambition than the masculine perspective. Sheryl Sandberg built on this idea in Lean In by using a metaphor of a jungle gym to describe her own career.

Having the ability to make lateral moves to take a role with more meaning, or to take a less senior role whilst undertaking family duties gives a woman a different sort of power and flexibility which benefits everyone concerned. It may not fit into the societal stereotype of a vertical career but is often more effective to get where you want to be and to build the legacy you are striving for. Anne-Marie Slaughter’s view is that the societal stereotype is broken and acknowledges women’s more holistic view of ambition and success. However, many women are still left feeling they are not getting it right and the image which Sandberg reinforces that women can get into the C-suite through the traditional corporate hierarchies do not always help this dilemma.

Many women do not like the concept of ambition. To them it signifies aspects such as egotism, selfishness or being manipulative of others to meet your own needs in the workplace. Anna Fels in her interviews found that ambition made women uncomfortable, whereas men she interviewed saw ambition as a necessary and desirable part of their lives.

When Fels researched the origins of ambition she discovered that in most people’s childhood ambition, there were two elements fused, those of mastery and recognition. This did not differ for men or women. Young children are motivated by the acquisition of a skill and want to do things better and perfect their skill. This can be a reward in itself but having support and encouragement and recognition from others is key to motivate the development even further. The acquisition of expertise requires recognition; it is a basic human requirement. Ambition is generated from this recognition and affirmation.

So what happens in working life that makes ambition a dirty word to many women? Well many women tend to deflect attention from them, put their success down to luck or become very deferential about their success. Imposter Syndrome, or that sense of being a fraud and fear of being found out has been experienced by 70% of women (and men) at some time in their lives. However, there is still an expectation in society that women should not push themselves forward and this is so deep seated in culture’s ideals of femininity that it remains very unconscious.

McKinsey’s 2016 report on gender equality also demonstrates that women don’t get as promoted as men, but that only 40% of women actually want to become a senior leader, as opposed to 56% of men. It seems that women feel the stress, added burden and conflict usually associated with rising up the career ladder is just not worth it and for those who are intent on doing so, they generally feel less confident about it.

I think as we approach International Women’s Day on the 8th March 2017, some of the issues I’ve been discussing here are ones that coaches and mentors are working on with their female clients and I hope this article helps to throw some light on the inherent issues that impact how women feel about ambition. In my next article I am going to consider some of the barriers that women face around ambition.

If you would like to discuss any of this content in more detail, please do get in touch.

Gino, F., Ashley Wilmuth, C. and Wood Brooks, A. Compared to men, women view professional advancement as equally attainable, but less desirable. Proceedings of the National Academy of Sciences of the United States of America (in press) Oct 2015 vol 112 no. 40 pp12354 – 12359

Leanin.Org and McKinsey & Company Women in the Workplace 2016 Report,

Meet the team supporting Lis Merrick, or browse our Products to see how we can help with your Coaching, Mentoring or Leadership Development.

We love to talk with new friends!