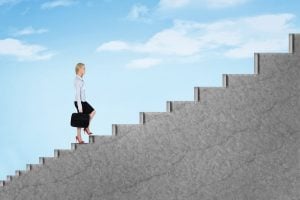 Watching an episode of ‘Working Moms’ with my daughter recently, reminded me just how difficult it can be for working women, particularly with a new baby, to go back into work and thrive. Yes, we giggled together at the automated breast pumps and the comedy in the script. However, through the humour it brought back memories of being admonished for having baby sick on my suit jacket and being interrogated about my commitment to my career at every juncture.

Sadly in some organisations, I don’t believe much has improved in the last twenty years. So in my last blog for #iwd2019, I want to explore some very simple steps that most organisations can implement straightaway to move gender equality and equity forward.

The reality for women in the workplace

I am not going to dwell on this, as we all know the facts, but briefly:

I’ll stop there, as you don’t need to read a stream of data. It is our cultural and societal norms, which impede our ability to make effective progress in creating a more equal society. Gender inequality and gender inequity is mainly due to second-generation bias*. We need to think differently and take some pragmatic steps to change societal and workplace thinking going forward.

We need to change to level the playing field

Einstein defined insanity so beautifully as doing the same thing over and over again, but expecting different results. We need to break out of our established and ingrained thinking and behaviours, our expected ways of treating men and woman and create new thinking and ways of behaving.

Here are some simple ideas we can start today to gain momentum:

Women need different talent strategies and support than men. Some creativity around talent routes and strategies and providing mentoring and sponsorship to support women are imperative.

Encourage your female employees to attend networking and conference events. Shawn Achor’s article demonstrates the power of connecting for woman (and men’s careers). Pay for women employees to attend external events and training. The motivational and connection benefits far outweigh the cost!

Another potential problem lies in workload. Higher workloads tend to be part of the territory as individuals advance to higher levels of seniority. This isn’t intrinsically gendered, but many social pressures push women to simultaneously balance work, family, and a disproportionate amount of housework. Organisations may consider how to modify expectations and better support working parents so that they don’t force women to make a “family or work” decision. I ‘retired’ from my City career because I couldn’t cope with a demanding role and two children. Something had to give!

Language used to describe women at work is often different to how their male counterparts are described. I wrote about women’s ambition after hearing a woman described as a ‘bulldozer’ in a talent review. Her boss said she was actually no different to the rest of his all male team!

Language in performance evaluations is applied differently to describe men and women. In recent research, it was found there were no gender differences in objective measures (e.g., grades, fitness scores, class standing). However, the subjective evaluations provided a wealth of interesting findings.

Language needs to change and people need to have support in becoming more aware of what they are saying. Raising awareness of language is straightforward, it just needs action.

Women earn less than men and I have discussed the enormity of the gender pay gap recently. However, women ask for pay increases as often as men do, sadly they don’t get them. Research shows that women’s requests for advancement are treated differently from men’s requests. Asking does not mean getting — at least if you are a female. Requests for pay increases need documenting and processing in the same way for men and women and HR can support that process to achieve more fairness.

So a few thoughts of how small steps can change the world. Margaret Mead’s philosophy is very dear to me and I believe she is so right: Never doubt that a small group of thoughtful committed citizens can change the world; indeed, it’s the only thing that ever has. This is my message for IWD2019.

Do get in touch if you want to discuss any of my ideas. I would love to talk to you.

* Second-generation bias: these are behaviours demonstrated in society and organisations, which flow from basic assumptions about working life or about the qualities required to succeed in leadership, which reflect masculine values and men’s life situations.

Meet the team supporting Lis Merrick, or browse our Products to see how we can help with your Coaching, Mentoring or Leadership Development.

We love to talk with new friends!